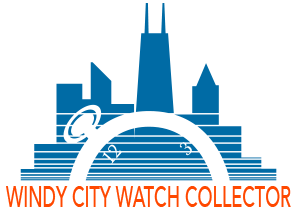 Bulova Accutron Navigator Mark II Analog Ship’s 24-hour dial Chronometer manufactured by the Bulova firm around 1967.  This short-lived navigational chronometer by the Bulova firm was made and designed to be extremely accurate.  It utilizes three (3) Accutron caliber 214 movements which are sandwiched and hardwired together.  Each movement is offset at 120 degrees from the others to cancel the timing error.  The Bulova Accutron This chronometer design was produced for a limited period of time between mechanical chronometers and their modern quartz brothers.  It was over $1000 at the time (in the late 1960s….fopr comparison, a VW bug was approximately$1800).  Refer to pages 313-14 of Whitney’s. The Ship’s Chronometer for more information.

The Bulova Accutron was used in instruments for NASA’s Apollo moon missions as well as Skylab.  This piece was developed for commercial navigational use during the mid-1960s.

The Bulova Accutron Mark II movement is housed in a solid brass cylinder, screwed together with a rubber O-ring to limit barometric change and moisture intrusion.   The brass cylinder is fastened by a spring-loaded mechanism to the inside of the box.  The traditional styled chronometer case measures 4.75×4.75×4.75 and it has a top lid which when raised reveals the Accutron chronometer below a Plexiglas shield.  When the stem is pulled out, the chronometer stops so it can be synchronized to the exact second with a master time source.   The case features traditional drop handles and an unengraved nameplate in front.

The Bulova Accutron Mark II appears to have seen little if any actual use and is in near-mint condition throughout. These are scarce and this is only one of a handful I’ve seen since I’ve been collecting chronometers (I have one in my collection). This rare chronometer would make a great addition to a chronometer, military or Bulova Accutron collection.